Important Information: As COVID-19 is considered a known event, cover restrictions and exclusions will apply for related events or losses. No cover is provided for any claim arising from travel restrictions due to government orders, advisories, regulations, directives, or border closures. No cover is provided for any losses for trip cancellation, trip delay and/or additional expenses due to COVID-19 unless otherwise specified in the Travel Alert available here.

What Travellers Can Expect During The Olympics In Rio De Janeiro?

Travellers who plan to visit Rio de Janeiro during the 2016 Olympic Games are aware that massive crowds will soon descend on Brazil’s metropolis on the bay. With so many people visiting Rio de Janeiro, there has been growing health and security concerns surrounding games primarily due to the convergence of an economic recession, political instability and the Zika health crisis.

If you are planning to make a trip to Rio de Janeiro during the Summer Olympic Games, be sure to consider the following health and safety questions:

Where are the venues and how many?

The 2016 Summer Olympics, officially known as the Games of the XXXI Olympiad, is an international multi-sport event taking place in Brazil from 5 through 21 August 2016. The games will be held at more than 30 venues in Rio de Janeiro, as well as venues in the capital Brasília, São Paulo, Salvador, Belo Horizonte and Manaus. More than 10,000 athletes from approximately 206 countries will compete at the event, which is expected to draw 350,000 to 500,000 foreign visitors to the country.

What security concerns do travellers face?

While the Olympics are festive in nature, numerous safety and security related concerns exist in Brazil, and individuals visiting for the Olympics may be exposed to such risks. While security personnel will be everywhere at the Olympics, longstanding issues such as crime present the most significant concern. Elevated levels of civil unrest, similar to those that took place in Brazil during the 2014 World Cup, may expand security-related concerns during the event. The influx of tourism associated with the event increases one’s risk of being targeted for opportunistic crimes, including pick-pocketing, bag-snatching and scams, such as being overcharged by street vendors and taxis. Vulnerability to these risks increases for travellers carrying large amounts of cash, and/or are wearing flashy, expensive watches and jewellery. Other, less prevalent concerns include violent crime and kidnapping and, to a lesser extent, terrorism. Violent crime is generally concentrated in more marginalised, economically disadvantaged pockets of Brazilian cities, known locally as favelas. Favelas can be located in close proximity to more affluent neighbourhoods, so violent crime can occur anywhere and has spilled over into affluent neighbourhoods and popular tourist destinations in the past. The influx of tourism also increases one’s risk of being targeted for kidnapping, as criminals often anticipate a higher reward from targeting and robbing foreign nationals. Furthermore, terrorism is generally a low concern in Brazil. However, as with any major event on the global stage, the potential for an attack at Olympic venues or other infrastructures cannot be ruled out. This is especially true given the recent Islamic State attacks in historically lower-threat locations.

Will the current political instability in Brazilian government impact the games?

In addition to the scale of the event, deepening socio–political and economic concerns associated with an ongoing impeachment process against current President Dilma Rousseff over political corruption and falling global oil prices may impact already-growing levels of civil unrest across the country during the Games. If Rousseff steps down or is impeached ahead of or during the Olympics, it’s possible that nationwide protests or other forms of civil unrest could impact travel and harm unaffiliated bystanders, including tourists.

What has the Brazilian government done to protect travellers?

The Brazilian government has implemented robust security measures in order to ensure the Olympics conclude without major incident. Such measures include the deployment of approximately 85,000 security personnel – double the amount employed to secure the 2012 London Olympics – as well as the establishment of five cybersecurity centers to prevent hacking and cyberattacks against communications and infrastructure. While such measures will be concentrated in Rio de Janeiro, including security checkpoints at Olympic-venue access points, increased security is also expected in all major cities across the country throughout the event.

Health infrastructure in major Brazilian cities is generally well-established and extensive, and many hospitals in the country accept international traveler’s health insurance. However, the ongoing Zika virus outbreak across the Americas region has increased public health concerns ahead of the Olympics. While the pandemic is concentrated in the poorer, more marginalised northeastern portion of the country, the Zika virus has been reported in Rio de Janeiro. Both the Brazilian government and the U.S.-based Centers for Disease Control and Prevention (CDC) have advised individuals in, and travelling to, Brazil to take precautionary measures and delay unprotected sexual activity/pregnancy for varied amounts of time following their visit in order to reduce exposure to the virus and the risk of congenital birth defects associated with the disease. Despite such recommendations, presently no major Western governments have any restrictions on travel to Brazil in place. Additionally, a waning rainy reason and extensive sanitation efforts to reduce the mosquito population are likely to reduce associated health risks during the event. It is advised that travellers protect themselves from mosquitos by wearing long-sleeved shirts and long pants, use EPA-registered insect repellents as directed, use permethrin-treated clothing and gear, and stay and sleep in screened-in or air-conditioned rooms.

What about traffic and hotel accommodations?

Both the Brazilian government and private entities have invested billions of dollars in improving the already well-established transportation infrastructure in Rio de Janeiro ahead of the Olympics. Specifically, the Rio de Janeiro Metro has been expanded to include stops in close proximity to the majority of Olympic venues, namely those in Barra da Tijuca in western Rio. In addition to the metro system, public bus and taxi services have been expanded throughout the city. Although an increased security presence is expected at public transportation hubs, the use of public transportation, including metro, bus and taxi systems, increases one’s risk of being targeted for crime. It is recommended that the use of private and secure transportation is booked through a trusted provider, even in Rio de Janeiro. Private transportation is especially recommended while travelling between regional airports and the city, including between Rio de Janeiro-Galeão International Airport (SBGL/GIG) and downtown Rio, as the risk of crime is elevated along these routes and will likely increase, despite heightened security measures. Private transportation bookings should be made well in advance of your visit, as it could become more difficult to secure such arrangements as the event nears. Beyond transportation concerns, numerous areas of the city have been expanded or improved in order to accommodate the influx of tourism expected during the Olympics. Also, in an effort to attract more foreign tourists, the President of Brazil approved a bill that would waive visa requirements for citizens entering Brazil from the United States, Canada, Australia and Japan until September 18, 2016. Attending the Summer Olympics may very well be a once-in-a-lifetime event. By planning ahead and taking steps to keep yourself safe and healthy, you can make sure that you enjoy every minute of your trip.

Insurance products and services are provided by AIG Australia Limited. ABN 93 004 727 753. AFSL 381686, trading in Australia as AIG. For additional information, please visit our websites at good2gotravelinsurance.com.au and travelguard.com.

Get some important tips and travel information 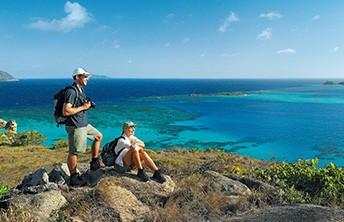 Five things that will make your adventure complete

If you’re looking for a break but don’t want to break the bank, Australia has so much to offer, and much of it can... 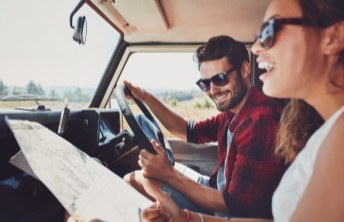 Find the answers to your questions about Good2Go Travel Insurance... 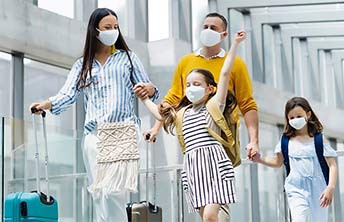 Health tips for travel during COVID-19

As travel reopens around the globe, health and hygiene habits may be forever changed as a result of COVID-19...